Written by Dana Stoerkel
Updated over a week ago 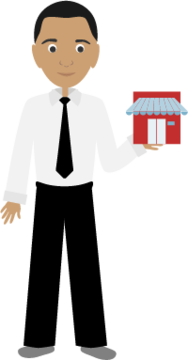 When determining large employer status for 2016 and thereafter, the threshold is lowered 50. So if in 2015 an employer has fewer than 50 full-time equivalents, then the pay-or-play penalties and reporting requirements will not apply in 2016; if it has 50 or more, then they will. Easily stated. Not so easy to apply. 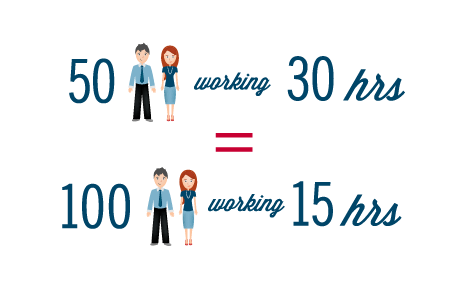 But wait. How do you determine the number of employees for a given the month if your employee count fluctuates throughout the month? In writing the pay-or-play regulations, the IRS didn't answer that question, but in discussing the issue with the American Bar Association's Joint Committee on Employee Benefits, it did shed some light. It appears that a full-time employee who worked a partial month (and thus who was not credited with 120 hours of service that month) will simply be considered a part-time employee whose hours count toward the pool of hours divided by 120--in other words, part of a full-time equivalent. So it looks like the IRS is interpreting the applicable large employer rules as broadly as possible to capture as many employers as possible.

As mentioned before, there’s one exception to this methodology for 2015 large employer status. Instead of looking at all of calendar year 2014, an employer can use any 6 consecutive months in 2014 to determine large employer status in 2015, in which case after adding up the 6 monthly headcounts you divide by 6 instead of 12. (However, if an employer wants to make use of the seasonal worker exclusion, which we’ll detail in a subsequent post, then the employer must use all 12 calendar months in 2014.)

Large employer status is determined on an aggregated basis for controlled groups (companies affiliated by ownership) and affiliated service groups (companies affiliated by services provided to each other). If in 2015 two companies in a controlled group each have 30 full-time employees and enough part-time employee hours to equal 5 full-time equivalents (and no employee works for both companies), then they will both be considered large employers in 2016 because together they will have 50 or more average monthly full-time equivalents (70, to be exact). 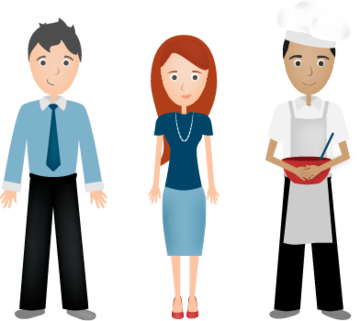 Note that the aggregation does not take place after each company has determined its average monthly full-time equivalents. While it would be nice to just add up the full-time equivalents for each employer in the controlled group, it doesn't work that way. The hours and employees for every controlled group company are pooled together before you perform any calculations.

Grace Period for Employers New to the 50+ Club

In order to have time to calculate average monthly full-time equivalents and get health insurance, if necessary, an employer that becomes a large employer for the first time has until April 1 of the year it earned that badge to get affordable, minimum-value health coverage in place before penalties kick in.

What about Recently Established Companies?

If a company didn’t have employees in certain months because it wasn't in existence then, it might be nice to use zeros for those months and divide by 12, but that’s not how the rules work. Instead, the first two years of large employer status are determined using a different methodology than has been described thus far.

For the second calendar year of the company’s existence, large employer status is determined by averaging the prior calendar year’s actual monthly full-time equivalent headcounts over the number of months the company was in existence that year.

Note that there are predecessor and successor employer concepts in the rules as well, so if the company is recently established in the M&A context, you might want to pop off a question about your specific situation.

Images courtesy of a neat Obamacare infographic by Signs.com.

Did this answer your question?